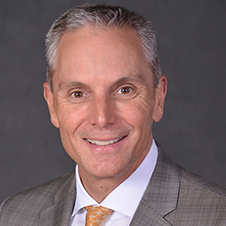 “As an association professional who has worked with several allied health professions that collaborate with physicians, I am excited to now work directly with physicians as the head of the healthcare team,” says Roth. “This opportunity is a wonderful mix, allowing me to bring forward my two decades of health care association experience with the opportunity to support physicians in their practices for the betterment of the patients they serve.”

Tuft President Jill Christie led the executive search for DCMS. Says Roth: “The Tuft team, under Jill’s leadership, had the client organization and my own best interests in mind to facilitate the perfect match. This is the most important trait for a successful search firm.”

Roth has an extensive background in healthcare association management. Most recently, he was CEO of the California Pharmacists Association (CPhA), the largest statewide pharmacist society in the country, where he led legislative advocacy, strategy, and communications. Among his achievements at CPhA, Roth was recognized nationally for his advocacy work and led the successful transition of the CPhA’s quarterly magazine publication to a nationally distributed, scientific peer-reviewed journal.

DCMS is the 8th state medical association/society to partner on top leadership searches with Tuft & Associates.  DCMS promotes public health, advocates for physicians and their relationship with patients while upholding professionalism in medical practice. DCMS is a professional organization of more than 7,500 local physicians, medical students, and residents, making it the second-largest county medical society in the U.S.

“Working with such an impressive and professional search firm like Tuft helped to advance my career and professional goals,” says Roth. “I valued the high level of communication, personal outreach, and clarity in each step of the executive recruitment process.”