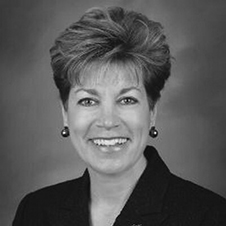 Lynne Thomas Gordon, MBA, RHIA, CAE, FACHE, FAHIMA, has been appointed Executive Director of the American Association of Orthodontists (AAO), based in St. Louis, effective January 8, 2018. AAO’s ED search was led by Tuft President Jill Rubiner Christie and Executive Search Associate Mary McMahon in partnership with the AAO Search Committee, chaired by Brent E. Larson, DDS, MS, AAO president-elect. Gordon has more than 30 years of healthcare and association leadership experience. Most recently, she was the CEO of the Chicago-based American Health Information Management Association, a position she had held since 2011.

Previously she served as the Associate Vice President of Operations and Director of Rush Children’s Hospital in Chicago; Administrator of Houston Medical Center in Warner Robins, Georgia; and COO of Children’s Hospital of Michigan in Detroit. Gordon has been nominated several times by Modern Healthcare as one of the “100 Most Influential People in Healthcare.”

Under Gordon’s leadership, the AAO will continue to educate the public about the benefits of orthodontic treatment by AAO orthodontists; improve the health of the public by promoting quality orthodontic care and the importance of overall oral healthcare; advocate for the public interest; promote the highest standards of excellence in orthodontic education and practice; and support AAO members in the practice of orthodontics.