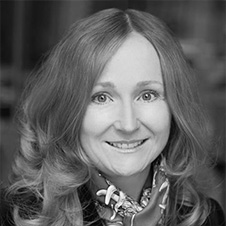 Previously, Cabocel worked at the Consumer Bankers Association (CBA) for 22 years and for three years with the American Bankers Association (ABA). As part of the executive management team of the CBA, she oversaw multiple areas of the association, including education and membership, and played a key role in reinventing the company in the wake of the financial crisis.

Cabocel is STA’s first staff member with an association management background. She says it has been “a pleasure and a challenge to assess through listening and learning what is necessary to ensure a vibrant organization going forward.” Her immediate goal is to modernize current staff positions to become very collaborative and team-oriented interrelated functions. Says Cabocel: “This reorganization is essential to my vision for the future of the STA and its continued relevance via expanding membership, increasing our advocacy visibility, and creating more exciting programming and networking.”

ABOUT TUFT: “Tuft & Associates nails the delicate balance between representing companies and candidates. It’s obvious they embrace the tenet that transparency for all is what leads to better and longer-term placements, which is a win for all three parties involved.

“Tuft Associate Mary McMahon was very upfront about expectations at each stage, making the process of preparing for interviews seamless and efficient. I had worked previously with Tuft President Jill Christie and also benefited from her direct assessments of opportunities and my potential fit within them. This kind of support is hugely helpful to prepare for specific positions and know what to explore.”