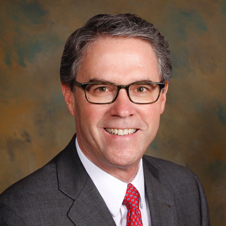 Darrouzet will become just the fourth executive vice president in TMA’s 166-year history. His predecessor, Louis J. Goodman, PhD, who is retiring this year, managed the association since 1997.

With more than 7,500 physician and medical student members, DCMS is the second-largest county medical society in the country. Darrouzet became CEO of DCMS on January 1, 1997.

He is the former president and chairman of the board of the North Texas Accountable Healthcare Partnership, and currently serves on the board of directors of the Parkland Foundation and the Southwest Transplant Foundation.

Darrouzet is a former board member and past president of the American Association of Medical Society Executives (AAMSE). In 2017, he was named a member of the inaugural class of the Recognized Fellows of AAMSE for his “exceptional leadership, dedication, and longstanding commitment to professional medical society management.”